In the late 1980’s I was attending the University of North Texas (Dallas area) when I discovered an amazing haunted attraction called Haunted Verdun Manor. Almost overnight I signed up to act in the haunt, and for the last couple of years of my college career I spent many weekends hanging out/becoming friends with Verdun’s owner Lance Pope, who is now legendary in the industry (and taken from us far too soon).

Besides forming friendships that last to this day with other budding haunters who also tended to just hang out at Verdun whenever they could (Michael Edwards and Bart Butler, I’m looking at you), Lance gave me the opportunity (my first in the industry) to design a new logo and program art for Verdun.

Flash forward to now. Current owner Todd James has given me the opportunity to update the Thrillvania logo… 30 years later. I can barely wrap my head around that.

So here are all 3 logos – the original ink-and-presstype Haunted Verdun Manor logo, the Thrillvania logo that they’ve been using up until this past season, and the freshly-approved 2019 update, built with Procreate and Photoshop.

This has been a very cool thing to get to do! 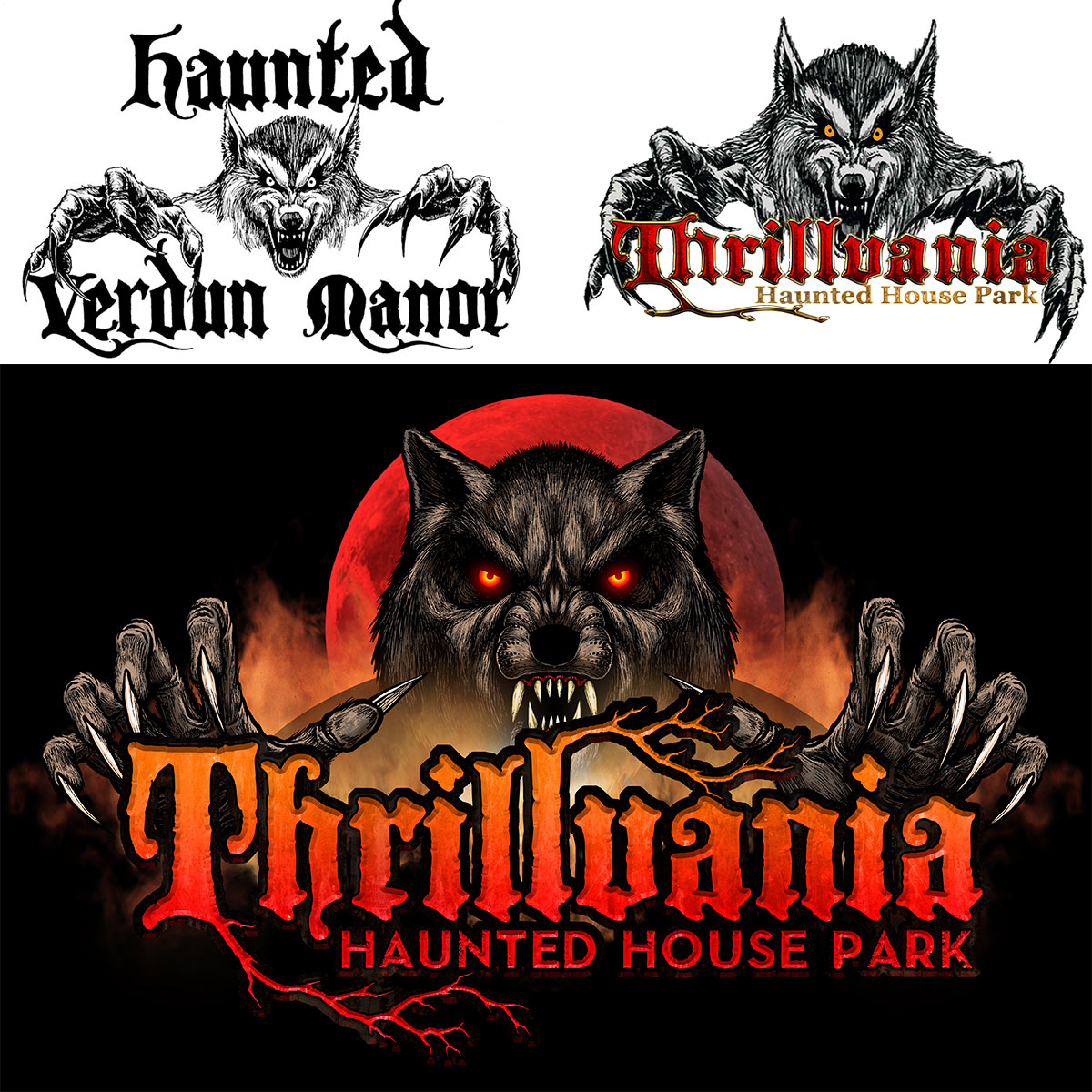